What Is The Endocannabinoid System? 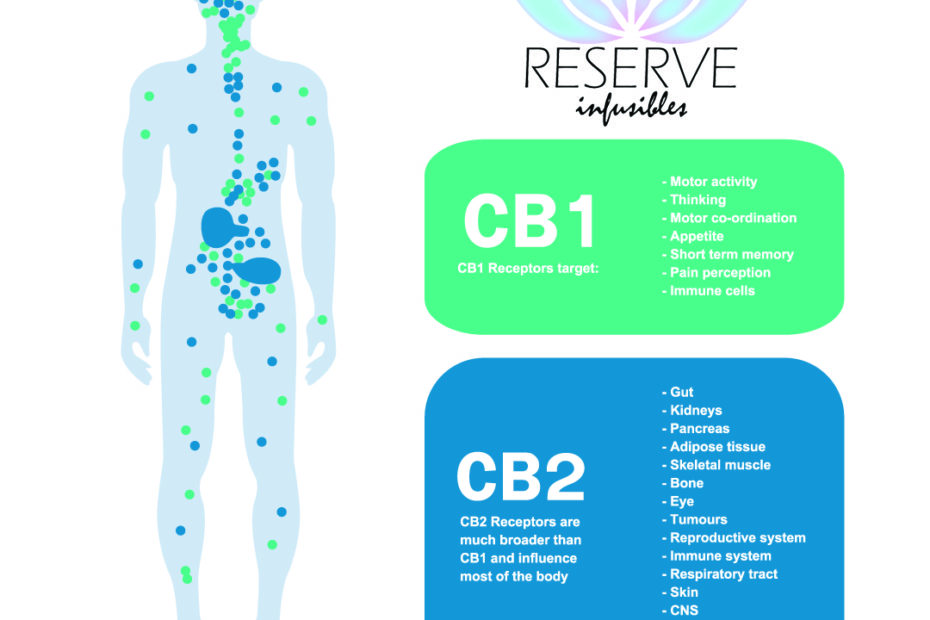 The endocannabinoid system is a unique system in the human body full of receptors found throughout the peripheral and central nervous system – all responsible for the processing and production of cannabinoids in the body.

The endocannabinoid system is also involved in the regulation of various processes such as appetite, digestion, pain modulation, reproduction, stress, memory and motor learning.

Their effect allows the endocannabinoid system to work optimally in productive and powerful ways when exposed to cannabis, it also contributes to the psychoactive effects produced when cannabinoids are ingested.

There are two main types of receptors in the endocannabinoid system known as the CB1 and CB2 receptors where the endogenous and exogenous cannabinoids bind to. The CB1 receptors are typically found throughout the nervous system and in the brain and the cannabinoids that target these receptors usually have an effect on motor learning, coordination, metabolism and pain modulation.

The CB2 receptors on the other hand are found in the immune system where they play a protective role. The interaction of cannabinoids with these receptors determines how the various types of cannabis will affect a person. When it comes to CBD, the interaction with the cannabinoid receptor is quite different especially in comparison to THC. Instead of binding to the CB1 or CB2 receptors, CBD only stimulates the activity of these receptors.

It works against the production of fatty acid amide hydrolase (FAAH) and Monoglycerol lipase (MAGL), the catabolic enzymes responsible for the breakdown of the brain’s endocannabinoid molecules, anandamide and 2AG, respectively. This means that the actual role of CBD is to increase the effect of these endocannabinoids in your brain, without directly binding with the receptors. The endocannabinoid anandamide triggers the same receptor as THC which results in a therapeutic effect throughout the body without any psychotropic effects.

Because of this, CBD is widely recommended by medical professionals. CBD also acts against the psychotropic effects of THC when taken along with THC. It weakens THC’s bond with the CB1 receptor and this leads to a reduction in the possibly unwanted side effect of THC. This is one of the most interesting aspects about cannabinoids, that when they are used together, the compounds in cannabis have a higher effect than when used in isolation.

It is also why CBD is considered one of the most revolutionizing drugs in the medicinal industry as many conditions that could only be treated with opioids and strong pharmaceuticals can now potentially be treated with a non-psychotropic drug that does not possess any considerable addictive properties.